Cursive back in the Classroom? 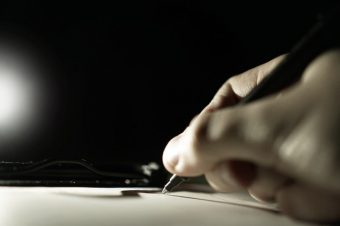 Decades ago, in the 1950’s and ‘60’s, learning cursive, (like the Palmer method), was an essential part of the elementary school program.  However, with the proliferation of computers, instruction shifted from handwriting to keyboard skills. Thus, many of today’s young adults and students can no longer read handwritten historical texts or produce cursive.

However, the Texas Board of Education has announced that next year’s  curriculum will re-introduce script, or cursive. It has been absent from many Texas classrooms for years. but the new requirement will take effect during the 2019 to 2020 school year.

Diane Schallert, a professor in the Department of Educational Psychology at the University of Texas at Austin, maintains that students will receive benefits from the cursive instruction: Supporters of the writing style say it promotes clearer thinking.  With language comprehension, there’s this reciprocity between producing and comprehending,” Schallert said. “By seeing the letter being formed slowly at your control, you’re considering its sound-symbol correspondence.”  Additionally, it promotes fine motor skills with fluid motions, which, in turn, establishes a connection between children’s fine motor skills and their academic performance.

In a previous blog post, I referred to the strong connection between writing and cognitive skills. Rather than type notes, students benefit from handwriting notes, as doing so establishes a kinesthetic component to learning.  Virginia Berninger, a researcher and professor of educational psychology at the University of Washington, says that pictures of brain activity have illustrated that sequential finger movements used in handwriting activated massive regions of the brain involved in thinking, language and working memory.

Texas is just one state that’s reversed its stance on teaching cursive. Ohio came out in favor of cursive in 2018, making it mandatory starting in kindergarten. Perhaps other school systems will follow suit.